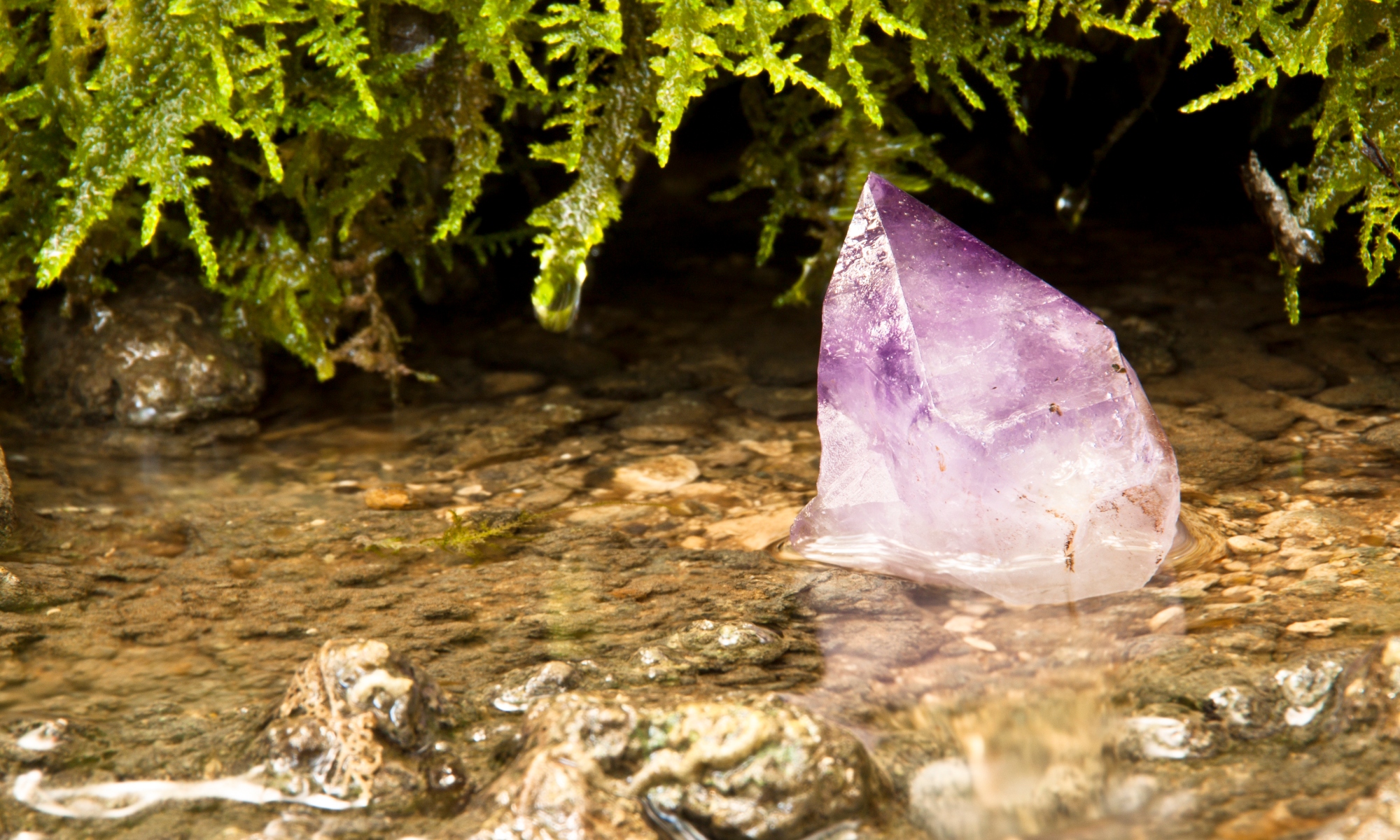 Beatrice rolled over. The thin blanket she had, provided little relief from the cold. She slept fitfully, largely due to the uncomfortable bed but also because kept going over scenarios in her head, worrying about her daughter. She had no idea how long she had been here. The night that she and Melissina were taken away in the E.L.E.P.H.A.N.T. had been terrifying. But, her terror had less to do with her own predicament than with concern for her daughter’s welfare. Had they found her? Was she in another E.L.E.P.H.A.N.T.? Or worse. She had no way of knowing. She didn’t dare use the Song to locate her in case doing so would lead her uncle to her. The only thing she could do was to pray to the Mother of Creation to protect her daughter and guide her to safety.

But, earlier today, she had received a gift. It was only fleeting, but it was strong. She saw her daughter. Or rather she felt her daughter’s Song in her mind. The shock of it gave her a start. The vision brought with it such a feeling of warmth and love that she was overwhelmed with emotion. It was the first sign that her daughter was safe, or at least in a place where she could send out her song without interference. But how did she do it? She knew her daughter’s power was strong, and that it would be strengthening. But, she was untrained, or at least she had been. Such a powerful song, over such distance, and without knowing where Beatrice was required skills only a handful of the most experienced Masters of the Song were capable of. Who had she found to train her? She wondered if Hector was with her, was he looking out for his niece properly. She knew he loved her, in his way, but he always had a tendency to be a little too cavalier her liking. His own skills with the Song she knew was limited, and she wasn’t sure if he realised how dangerous it could be if Mae wasn’t properly trained. As these thoughts began racing through her head, her momentary feeling of love and joy quickly gave way to worry and concern for her child. She was a mother, that’s what mothers do.

She sat up, giving up on the attempt to sleep. Between the cold and the worry, sleep wasn’t easy to come by in this place. The injuries she had suffered during their arrest and capture had healed for the most part, however their remained a constant underlying pain in her joints that she suspected would remain. Up to now, apart from the spartan conditions of her cell, her treatment hadn’t been too bad. So far she had mostly been left alone and been ignored. She had expected Alistair to oversee her torture personally given their history, but she hadn’t even seen him. In fact, she hadn’t seen anyone.

Her meals were delivered once a day through a slot at the bottom of her cell door. The only natural light came from a tiny window in the top of the cell door, made of frosted glass. No doubt Melissina was being held in similar conditions.

Meanwhile, way above the prison cells of the castle, Alistair was pacing around his office. Clutched in his hand was a crumpled piece of paper. Cowering before him, the messenger who had delivered a most unsatisfactory report. Fortunately for the messenger, Alistair was to caught up in his own thoughts and rage to even notice they were there.

The report came from a regional port within the kingdom. In described how almost undetectable acts of civil disobedience were on the rise. Had they been a few random occurrences, they most likely would have gone unnoticed. But, there were now almost daily reports of people behaving in ways that were at odds with what he wanted. They were beginning to meet in groups, openly discussing their displeasure with one aspect of their lives or another. They were refusing to purchase the daily state newspaper, with a disturbing report of underground newsletters beginning to circulate between people. Not in huge numbers, but enough. When questioned by the local security services about their neighbours, people were either giving false information, or refusing to answer at all. The threat or even the use of violence made people more reticent about cooperating. It was as though all the fear that he, and those who worked for him, had so carefully nurtured over the past eighteen had started to evaporate.

The most disturbing part was that a rumour had started to circulate, that the true Queen of the land lived and that she would come to rescue them all. It was barely the hint of a whisper, but it was everywhere, and growing stronger. He was getting reports like this almost daily from all over the realm.

Most concerning of all, was the feeling he had earlier that day. He could still feel the after effects now. It was the feeling that only came from someone using the Song, and a Song more powerful and pure than he had ever felt. He knew instinctively that the Song came from his niece. It was rough, and clearly untrained, but the shear, raw intensity of it made him fearful for the first time in his life. He knew he had to act decisively and soon, or risk losing the throne. But how should he act? Killing her was obviously the answer, but it had to be done in a way that EVERYONE saw. Killing her quietly was not an option, not if he wanted to quell the rumours of her return once and for all.

He came out of his contemplation and saw the messenger.

“What! Are you still here? Go, you cretinous imbecile.”

The messenger needed no further instruction, he bolted out of there like he was on fire.

Alistair looked around the room, settling his gaze on Melissina, who was curled in a heap on the floor, in the corner of the room. Her face was bleeding and bruised, a number of her teeth missing, and her hair was matted with dried blood. Her dress was torn and the was grimy and unwashed. The fear in her eyes when she saw him look toward her, put a satisfied smirk on his face.

“Melissina my dear,” he leaned down and pulled her up by her hair. “What am I going to do? Hmm?”

“Nothing to say? No matter. I’m tired of you anyway. I think I may get myself a new, much more satisfying playmate. You, my dear were merely practice. How does it feel to be of so little value? So irrelevant? Urgh. You don’t smell very good either. But, you do have cleared my head. I know what I need to do now. So thank you.”

He then kissed her on the mouth, and threw her carelessly back into the corner, and walked out of his office. When he got out into the hall, he passed one of the palace staff.

“You there. Would you get someone to remove that rotten garbage from my office?”

He didn’t stop to see how or whether his orders were carried out, he was on a mission.

He was standing outside Beatrice’s cell, salivating at what was about to happen. It seemed fitting that this woman who had stood in his way in so many irritating ways would now prove to provide the assistance he so badly needed.

He opened the door.

“Pleased to see me?” He smiled at her sending a chill through her whole body.

“Alistair.” She stood straight. Looking him squarely in the eye.

He entered her cell, moving so he stood directly in front of her.

“It seems you have a visitor.”

She said nothing, just looked at him defiantly. Just then the air around them began to shimmer, and a light hum filled cell. Both Beatrice and Alistair began to glow. In fact, at that moment every person in the world who possessed even the tiniest amount of the Amethyst Song, was experiencing the same phenomenon. Beatrice smiled, she knew that her daughter had somehow accepted her birthright.

“Powerful girl my niece, isn’t she? It’s a shame she hasn’t learnt to mask herself yet. But, I’m thankful to her, do you know why?”

“Because I’m going to use her power to bring her here.”

He reached out with his mind, and begun to hum a long, slow Song in his deep baritone. The Song seemed to become a solid, life force, resembling a kind of serpent. It spun around and surrounded Beatrice, coiling around, and around her, beginning to constrict her, she could hardly breathe. Then just before she thought she might pass out the things head came up, and started through her eyes, penetrating her mind with a cacophony of sound, ending in a loud crash. The pain it caused her made you gasp and cry out, despite herself. She knew, that the feeling of pain would travel to her daughter.

She knew he was right. She would come.