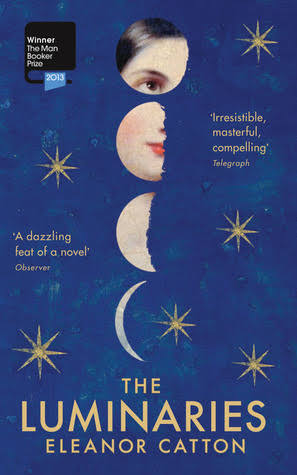 The winner of the Man Booker Prize for 2013, The Luminaries is an extraordinary work that uses well known and recognisable story telling techniques, all while pulling the wool over our eyes. A whopping great tome of 832 pages Catton uses 19th century language and styling in a way that will be familiar to most readers. But the story and the handling of character development are not.

Set on the west coast of southern New Zealand during the gold rush of the 1860 weaves together a cast of characters that start out as disparate entities but their lives and their tales become increasingly entwined as they each retell their version of events. At the centre of the narrative is a controversy surrounding the suspicious death of a local hermit; the mysterious disappearance of a wealthy member of the community; the passing out of a popular working girl in the main street as a result of some dodgy opium and the ownership of a pile of gold.

The opening of the book is as much a part of the great deception of this book as anything else. We are presented in the opening pages with elaborately drawn astrological charts and character tables which leads you to think that you have your work cut out for you. I was expecting something of the weight and complexity of a Wolf Hall or Bringing Up the Bodies. But, the more you read, the lighter the story becomes. The characters become less substantial and the story becomes less important.

This book is more of an intellectual exercise than a work of storytelling. It challenges the reader to question what we expect from a novel like this. For me I must admit that I’m not entirely convinced that the experiment worked. It seems that I still need a bit more of a story to maintain my interest, because I found my connection with the book waned from about the 300 page or so and it became a bit of a chore to finish. Given that, I’m not all together convinced that this was the book I would have picked to win the Man Booker. Of  short-listed entries for the same year I prefer the Colm Toibin. However, the fun thing about literary prizes is the debates you can have over the result, so I would encourage you to give this a go so that you can join the discussion.